Meet the Humans Behind Our AI: Alex Braylan 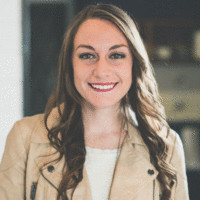 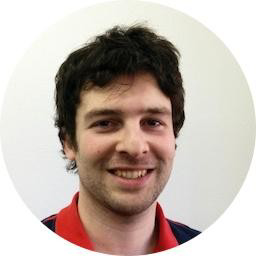 We asked Alex about his passion for data science, his thoughts on where AI is headed, and one machine learning misconception he wanted to clear up.

What led you to Revionics, and what do you do here?

I am a scientist, and for a long time I've been more focused on research and development. I work on the development and testing of a lot of ideas that don’t necessarily make it into production right away.

When I interviewed with Revionics, I had a conversation with the Head of Science at the time. We started talking about probabilistic programming languages, which is something I was and still am very interested in. It's this idea of describing a generative model by how you believe the data came about. Kind of like a model of the world - how you believe the world works. Once you’ve described the model in this probabilistic language, you give it the data, and in the background it figures out many of the unknown parts of the model, parts you’ve left unknown on purpose. Like I said, I was very interested in this concept at the time and wanted to get experience applying it. That was a large part of why I joined, for the opportunity to work with these ideas.

What do you enjoy most about your work?

What I like about my work is that it gives me the opportunity to be creative. A lot of what I do, like the design and modeling of AI solutions, is creative work. Especially when I’m doing research. Most of what I’m researching isn’t an immediate need, so it’s more driven by what I think would be cool, or what I think would be beneficial in the long-term. I find that really fun, because some of the problems we work on are not solved problems. I can’t just go to a textbook and find the solution, I have to come up with a new solution. It’s harder, but it’s rewarding.

How did you get started in data science?

Back in college I studied cognitive science and economics. Then at my first job I had the opportunity to do a project using AI, and they really gave me free reign to explore and do what I wanted with the AI. That’s where I started learning the programs, tools, and philosophies in the AI space.

What’s an exciting project you are working on right now?

Recently I’ve been experimenting with shifting our old demand modeling onto the probabilistic programming languages, and it’s basically like a new paradigm. So right now I’m working on seeing what kinds of benefits these tools would bring us, and then getting them into production and implemented.

What impact do you see data science has on the retail space?

Behind a lot of the decision making in retail is the drive to understand consumer behavior, right? And so, data science has a big role to play there, because consumer behavior is very complicated, and there's a limitless amount of strategies for engaging with consumers. Some of that is marketing, but it's also so much more. Retail is like part of an ecosystem that the consumer lives in, and it interacts with other parts of that consumer's ecosystem. Everything that a consumer does could be related in some way to what they're going to buy, or subscribe to, or engage with. So, I think data science has a large role to play in trying to understand what to explore and know around strategies for engaging consumers.

Where do you see the future of AI in retail going?

Well I think that at the moment we're scratching the surface. There tends to be a data science team or data science solution for each specific part of that ecosystem. Like for pricing, or advertising, or even for things outside, like inventory and supply chain management. And generally, all these things interact with each other. But in the future, I see there being a more centralized solution, or at least, having a way for these different AI tools to communicate with each other, so there's more coherence between what they're doing.

Which, that will probably mean bigger and more complicated data science models, but also more flexibility. I think these data science models will be lighter weight in the sense that it will be easier for people like me or whoever is creating them to quickly iterate between different versions of them and very easily put them together. You’ll have more integrated, all-encompassing AI for helping you explore and understand strategies for engaging with consumers.

What are some newer AI trends you’ve seen that you’re really excited about?

A lot of the time, when someone talks about AI, they're talking about something that's trying to accomplish a specific goal. Like you hear about AI that beat a human at chess or at a video game. But what they’ve been doing is just training the AI in a specific environment and using machine learning to teach it what behavior is most likely to help it win. To give you an analogy, take a shark. A shark is very good at swimming because it’s lived its whole life in the ocean, it has swimming instincts, its ancestors all swam, etc. But, it’s just a shark. It doesn’t understand what swimming is or how it works, it doesn’t know anything about fluid dynamics, or have a theory of swimming.

AI is following a similar path. The best AI right now is learning behavior without understanding what it’s doing. I think the future of AI is going to involve learning more abstractions and theories, that will make the AI much more efficient and able to adapt quicker to perform different tasks.

What is one common myth or perception about AI that you want to debunk?

I think there is a misconception around AI that it’s inherently non-creative. When you think of how robots are portrayed in movies, they are just very efficient and formulaic, but they are not creative. And I think that obscures a potentially really good application of AI. Not that AI is necessarily going to create on its own, but it could be great for helping humans with creativity. Like for movies, TV, video games or books, basically anything with storytelling.

What do you do to continue your learning in this space?

I'm actually in a PhD program right now in Computer Science. My educational background is not computer science, I never really took any AI or data science classes. Most of what I know is from work experience, so in my PhD program, I'm getting that academic knowledge.

What advice would you give people who are trying to get into data science now?

This might sound a little cliché, but do what's fun and do something new. Don't be afraid to try crazy and different things. It's a lot easier to learn something if it's enjoyable for you.

And just for fun, what are you currently bingeing on Netflix?

Well I have a daughter, so we just finished watching the new She-ra series together. I’ve also been watching Schitt’s Creek, and I’m really enjoying that.

Maisie is a content marketer and copywriter specializing in B2B SaaS, ecommerce and retail. She's constantly in pursuit of the perfect combination of words, and a good donut.

What Pricing with Clarity and Confidence Means to Us

Retail, Pricing and AI in 2021 with Revionics’ SVP of Science

Meet the Humans Behind our AI: Paula Estévez Cons

Meet the Humans Behind Our AI: Charles Lindsey